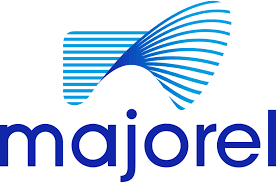 Global equity markets are now clearly experiencing a bear market, despite a brief rally early in September. US August consumer price inflation increased faster than expected to 8.3%, while September Eurozone inflation rose by 10.0%. Global central banks will need to continue raising interest rates to bring inflation back under their targets. Currency markets remained volatile, with the US dollar reaching multi-decade highs.

Eurozone retail sales, industrial new orders and purchasing managers’ data all indicated a deteriorating economic outlook. In contrast, most management teams with whom the Fund met have not yet seen any significant fall in demand.

The Fund expects earnings in Europe, as well as globally, to be impacted by the economic slowdown, which is expected during the northern hemisphere winter. While an early end to the Ukraine conflict would be positive for market sentiment in Europe, this is not expected in the near term.

The announcement of unfunded tax cuts and increased spending by new UK Prime Minister Liz Truss led to a steep rise in UK Government bond yields and a large fall in the value of sterling.

The Bank of Japan kept interest rates low, despite inflation exceeding 3%. This may potentially support a Japanese export boom, but could eventually bring even higher inflation.

There are no signs of changes being made to China’s zero-Covid policy; meanwhile the housing crisis continues, limiting the country’s economic growth potential.

The continuing bear market in smaller company equities is creating opportunities for the Fund, despite it impacting near-term returns. The timing of an eventual market rebound is impossible to determine. It appears that the current market weakness is a once a decade (or more) sell-off that typically creates very attractive long-term opportunities for investors.

The Fund exited its position in Salmar, a Norwegian salmon fishing business. This followed the Norwegian government unexpectedly announcing a bill that would increase taxes on the industry from 22% to 62%, making it very challenging for such businesses to operate.

The Fund invested in three new stocks in September.

Integrafin is a leading provider of white-label platform services to the independent financial advisor channel. The United Kingdom undertook a large-scale pension reform beginning in 2012, that resulted in assets being moved into defined contribution pension schemes. This new model changes how wealth is managed in the UK and the company is well positioned to benefit from this trend.

In addition, the UK financial regulator has increased advisors’ regulatory requirements. The increasing complexity will draw more independent advisors toward a platform-based solution such as that offered by Integrafin. These trends have helped the company deliver sustained earnings growth.

The stock has underperformed significantly upon concerns that recent market weakness will reduce the level of assets under management and thus fee income. This provided the opportunity for the Fund to invest in a debt free business valued at an attractive multiple of earnings.

Gamma Communications is a UK-based supplier of voice and data products for small and medium-sized enterprises (SMEs). The company has established a significant market share by providing a user-friendly platform and establishing partnerships with channel vendors. This has allowed the company to become the largest competitor in this niche in the UK.

The company is now exporting this model to Continental Europe where there are currently few competitors. Furthermore, the company will continue to roll-out incremental new product developments that will help drive growth. Currently, Gamma is virtually debt free, generates significant recurring free cash flow and is valued by the market at less than 15 times its earnings.

SoftwareONE is a Switzerland-based global business that is marketed in more than 70 countries, specializing in selling software and cloud services to SME customers. The business is expected to deliver growth through the business cycle, has a reasonably stable customer base, enjoys attractive margins and generates strong free cash flow.

The company has invested heavily in the cloud services business which impacted overall margins and led to negative investor sentiment. The new Chief Financial Officer is expected to enhance the company’s financial credibility and the business is expected to accelerate longer-term earnings growth and free cash flow generation.