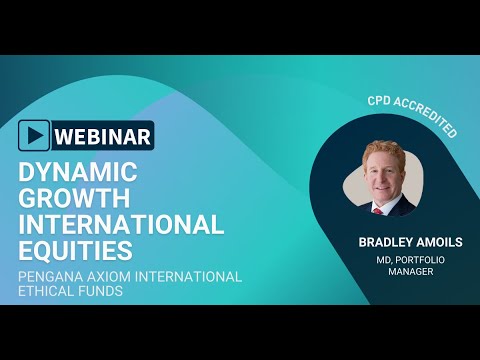 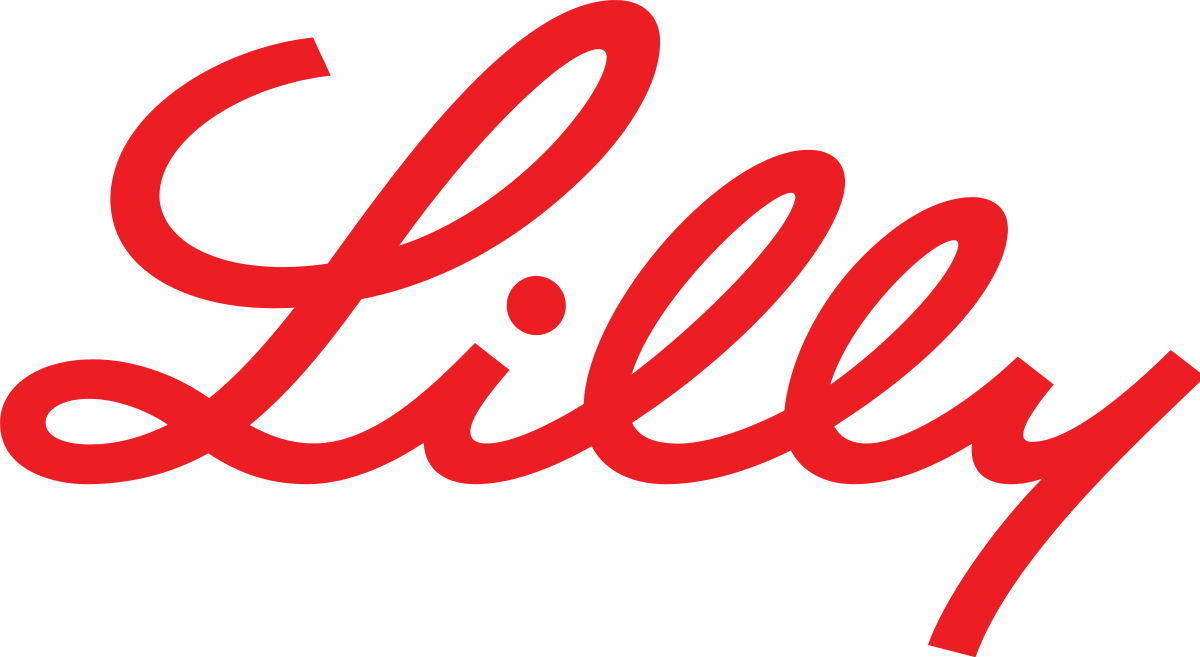 During October, the Fund underperformed the benchmark by 3.2%. Global value stocks outperformed growth by 5.1%, reflecting fears that interest rates would rise higher and remain elevated for longer to control inflation, which remains stubbornly high.

The underperformance of growth companies was driven by accelerating global inflation. The US core personal consumption expenditure price index, which excludes more volatile food and energy, rose 5.1% year-on-year in September, up from the 4.9% August increase. German core consumer price inflation rose 5.0% year-on-year in October compared to 4.7% in August.

Reasonably strong US labour market data probably helped persuade the US Federal Reserve (Fed) to raise rates as expected by 0.75% to 3.75% – 4.00%, in line with market expectations. It also provided a more “hawkish” commentary, indicating that inflation remains too high.

The Fed now expects the Federal Funds rate will reach a higher peak than had been expected at its prior meeting. Market expectations for the terminal rate are now around 5.20%, some 0.15% – 0.20% higher than before the meeting. This helped drive government bond yields higher in the US and Europe, credit spreads wider and equity markets lower.

The US dollar and commodity prices were generally little changed during the month. The price of Brent oil increased 8% following four consecutive months of falls; this came after the OPEC+ decision to cut headline production levels and ongoing geo-political tensions.

More positive was the continued easing in the extremely high prices of European natural gas indicators, which fell by 30% – 80% month-on-month. This reflected high storage levels across the region which continue to increase amidst mild seasonal weather. However, it will take time for lower natural gas prices to show up in European inflation data.

The Fund retains its focus on dynamic growth stocks as positive revisions to earnings per share (EPS) should continue to drive outperformance, despite the economic uncertainty. The Fund continues to overweight information technology, consumer discretionary (especially companies with exposure to electric vehicles) and health care. It remains underweight financials, energy, and utilities.

The overweight positions in Visa and Ameriprise Financial, and the zero weighting to Meta Platforms made the strongest contributions to relative performance, while positions in Tesla, Danaher and Estee Lauder were the most significant detractors.

US-based global payments platform Visa reported strong results with revenue and earnings 3% ahead of consensus expectations. The initial 2023 guidance for net revenue growth in constant currency terms was modestly ahead of consensus expectations. This went some way to assuaging investor concerns that revenue growth was slowing due to the deteriorating economic outlook.

Tesla, the US-based electric vehicle company underperformed the market following modestly disappointing earnings results. This was due to a mix of lower delivery volumes and higher logistics and plant ramp-up costs. It provided guidance on delivery targets which were ahead of market expectations.

The US-based science and technology group Danaher reported solid third-quarter earnings results. However, it underperformed the market following commentary regarding inventory issues in its bioprocessing segment. Customers have built up stockpiles due to fears of COVID-related logistical issues, which has impacted short-term demand.

Estee Lauder, the US-based multinational cosmetics company underperformed in October due to reports of weak cosmetic sales in China. These fell 3.1% year-on-year in September, only marginally improving on the 6.4% contraction in August. Analysis of weakening data points led to the Fund’s position in Estee Lauder being one of the largest reductions in October. This sale mitigated the stock’s underperformance when the company confirmed these trends in its earnings report published in early November, which resulted in further share price weakness.

The Fund’s sector mix was broadly unchanged during the month, with adjustments driven by the initiation of new positions and an exit. The overweight exposure to healthcare and the underweight exposure to financials both increased. ServiceNow, Generac, and Estee Lauder were the Fund’s largest position reductions during October.

Microsoft reported weaker earnings results following a slowdown in enterprise cloud software spending. This led to the Fund reducing its position in US-based software company ServiceNow in advance of its quarterly earnings report.

Following an earlier profit warning, the small remaining position in US-based energy technology group Generac was reduced upon concerns of a slowdown in demand for residential back-up generators. The company subsequently reported weaker third quarter earnings results and downgraded its guidance for the remainder of 2022.

The Fund established new positions in Elevance Health and Rentokil Initial, and exited its position in SVB Financial Group, during October.

US health insurance company Elevance Health is a leading US health insurance provider with exposure to commercial and government markets, including Medicaid and Medicare.  Its insured base remains underpenetrated compared to peers, reflecting the potential to up-sell and cross-sell, which can bring increased profitability in excess of consensus expectations. The company is valued by the market at a material price discount to the industry leader UnitedHealthcare. This discount is expected to narrow over time upon continued strong execution of the company strategy and improving returns.

UK-based business services group Rentokil Initial provides pest control and hygiene products and services predominantly in North America and Europe. This is a steady growth, high-return business that is relatively immune from the economic cycle. These characteristics are made increasingly attractive by expectations that the integration of Terminix will create value ahead of targets. This will result in accelerating earnings growth and margin expansion that exceed consensus expectations.

The Fund exited its position in the US technology-focussed banking group SVB Financial upon expectations of weaker profitability following the slowdown in the venture capital (VC) markets. Lower VC funding volumes are driving deposit outflows, requiring higher interest rates to be paid on customer deposits which is reducing net interest margins. Higher rates will continue to impact VC markets over the short and medium-term, which led the stock to be sold.

US pharmaceutical company Eli Lily was upgraded from A to AA following improvements in both its board structure and corporate behaviour. The company improved disclosures concerning its whistle blower protection policies that prevent retaliation against complainants.

US life science group IQVIA was upgraded from BBB to A upon improvements to key accounting metrics and the board election process. The company received no votes against board nominations at the 2022 Annual General Meeting, which was seen as evidence of shareholder approval.

US luggage manufacturer and retailer Samsonite was also upgraded from BBB to A following enhancements to governance practices such as improvements in accounting metrics. The appointment of two female independent directors brings greater gender diversity to the board and a majority of independent Directors should allow better oversight of management. 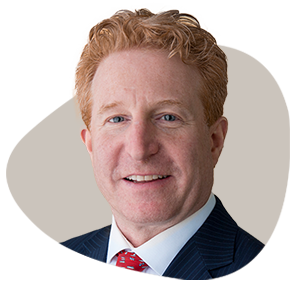 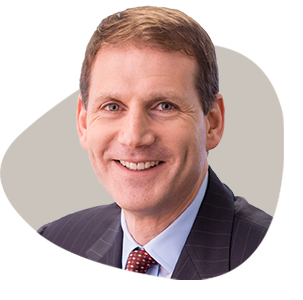 1. Axiom was appointed fund manager as of 5 May 2021. June 2021 represents the first full month of Axiom managing the Fund.
2. Inception date 1 July 2017. Figures shown are calculated from the continuous performance of both the current and previous strategies. For performance see row labelled Fund: APIR (HOW0002AU) in the table above which is the continuous performance of both the current and previous strategies.
3. Axiom Global Equity Strategy inception 1 Jul 2004.
4. Prior to June 2021, the Axiom Global Equity Strategy performance (labeled ‘Strategy (Partial Simulation)’ and shown in the shaded area) includes the strategy performance simulated by Pengana from the monthly gross returns of the Axiom Global Equity strategy. This simulation was done by: 1) the conversion of US-denominated gross returns to AUD, 2) applying the fee structure of the stated class. The simulation does not include the Pengana ethical screen. From June 2021 the strategy performance is the performance of the Pengana Axiom International Ethical Fund.
5. MSCI All Country World Total Return Index in AUD.
6. Performance for periods greater than 12 months are annualised. Net performance figures are shown after all fees and expenses, and assume reinvestment of distributions. No allowance has been made for buy/sell spreads. Please refer to the PDS for information regarding risks. Past performance is not a reliable indicator of future performance, the value of investments can go up and down.
7. Annualised standard deviation since inception.
8. Relative to the MSCI All Country World Total Return Index in AUD.
*For further information regarding fees please see the PDS available on our website.