RADA - Our fifth acquisition by a foreign multinational global leader

The Fund returned -2.9% (Class A, AUD)  and -2.6% (Class B, USD) in June, outperforming the the TA 125 index which was down -4.1%.  The main cause of the market decline was the inflation rate in the US, which reached 8.6% on an annualized basis, forcing the Federal Reserve to increase interest rates by a further 0.75%. Expectations are that US interest rates will rise to about 3.5% by the end of the year.

The main contributor to performance this month was our Consumer Discretionary Services holding Issta (leisure facilities & service), which was up 18%.  The main detractors were due to profit-taking in sectors that worked well over the past year, such as our Natural Gas holdings Ratio and Delek, which were down 10.5% and 15% respectively, and Kenon (freight shipping), which was down 25%.

The second quarter was characterised by sharp declines in most equity indexes.  The Israeli market held up relatively well thanks to its dominant high-tech industry and relatively low inflation of around 4%.  To put the falls in context, the NASDAQ fell -7.9% in June and is now around -30% down this calendar year.  Similarly, the S&P 500 lost -7.4% in June and is now nearly -20% lower than at the start of the year.

The change in sentiment this year, driven by rising inflation and interest rates, issues stemming from Russia’s war in Ukraine, and the continued impact of COVID, has been significant.  Companies that only focused on growth, without reference to cash flow or expenses, have been punished.  Even venture capital funds that finance these businesses have begun to demand that company management moderate expenditure and, in some cases, begin the process of reductions and layoffs.

A few key events during the month:

On June 21st, an all-stock merger was announced which combines Leonardo DRS, a leading U.S.-based mid-tier defence technology provider, and RADA Electronic Industries Ltd., a leading Israel-based provider of tactical radars, and longstanding investment in the Fund.  The combined company will be aligned with some of the fastest growing segments of the U.S. Department of Defence budget and be positioned to pursue global opportunities through the worldwide presence of Leonardo DRS’s parent company, Leonardo SpA (LDO).

The Fund sold its entire position in Rada on the day of the merger announcement (21/06).  This is the Fund’s fifth portfolio company (since the inception of the Fund in January 2018) to be acquired by a foreign multinational global leader.

According to the pro forma figures for the merger, Leonardo SpA and Rada shareholders will own approximately 80.5% and 19.5%, respectively, of the combined company on a diluted basis, which will maintain the name Leonardo DRS and is anticipated to trade on NASDAQ and TASE under the symbol “DRS”.

The capabilities of the two companies are expected to generate strong growth from a wide range of new and high growth markets, and are shaping the future battlefield for the U.S. military and its allies across all domains.

Overall, the Israeli economy remains in good shape. The OECD’s June Global Economic forecast report stated: ”When we look at macro data such as the current account surplus (massive entry of foreign currency), it seems that the momentum remains positive for the Israeli economy. the Israeli economy looks good because of what is happening in its high-tech sector, and the labor market also looks very strong. In addition, Israel’s inflation rate compared to other Western countries is moderate. In addition, the new contracts do not see a jump in wages, so no spiral of wages prices has been observed so far. Israel has another advantage: one of the dire consequences of the war, as we noted, is a jump in energy prices, and Israel has respectable gas reserves that provide protection from that increase in prices”.

Inflation – Data from the Central Bureau of Statistics (CBS) show the Israeli consumer price index (CPI) increased in May by a rate of 0.6%.  The annual rise in the CPI increased in May 2022 to 4.1%.  This is the highest rate of inflation since the beginning of 2011

Core inflation indices (CPI excluding housing and fruits and vegetables and the CPI excluding energy) are all above the upper border of the price stability target range (1% – 3%). These data points indicate that the current inflation environment in the local economy has increased but remains low compared to most of developed countries. The average annual inflation rate in the OECD increased in April from 8.8% to 9.2%, while core inflation, excluding food and energy reached an annual rate of 6.3%. Looking ahead, actual annual inflation in Israel is expected to continue to climb as the year progresses, such that the annual rate is expected to reach 5.0% during 2022.

An analysis of the development of prices broken down by services and goods shows that the rise in prices of goods has had the most substantial contribution to the rise in the CPI until now, due to disruptions to global supply chains. However, looking ahead, it appears the process of rising prices on goods is approaching a conclusion, against the backdrop of, among other things, signs of a slight easing in the global supply disruptions, moderation in commodities prices, with stabilization, and even a decline, in global shipping costs. 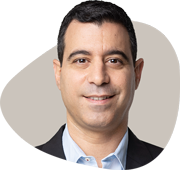 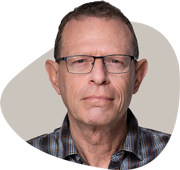 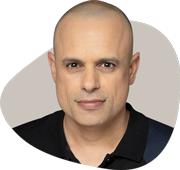 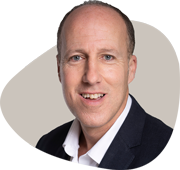